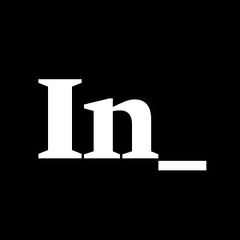 The Intercept is a website which publishes some of the documents leaked by Edward Snowden. It was founded by journalists Glenn Greenwald, Laura Poitras, and Jeremy Scahill and funded by eBay founder Pierre Omidyar. It is published by First Look Media.[1]

FBI whistleblower Sibel Edmonds asserts Pierre Omidyar decided to create The Intercept to not only take ownership of the Snowden leaks but also to continue his blockade against WikiLeaks and create a honey trap for whistleblowers.[2]

In March 2014, The Intercept published leaked documents from Edward Snowden showing that the National Security Agency was building a system which could infect millions of computers around the world with malware.[3] The report included a top-secret NSA animation showing how the agency disguised itself as a Facebook server in order to hack into computers for surveillance.[4] The story reportedly prompted Facebook founder and CEO Mark Zuckerberg to phone President Obama and complain about the NSA's surveillance]].[5] Zuckerberg later wrote in a blog post:

"I've called President Obama to express my frustration over the damage the government is creating for all of our future."[6]

In May 2014, The Intercept reported that the National Security Agency (NSA) was secretly intercepting, recording, and archiving the audio of virtually every cell phone conversation on the island nation of The Bahamas and collecting cell phone metadata in Mexico, the Philippines and Kenya.[7] Following the report, The Intercept was criticised by WikiLeaks for withholding the name of one country whose calls were being recorded.[8] WikiLeaks announced that "the country in question is Afghanistan."[9]

A document sourced from The Intercept