This article is for the person Obama. For what happened during his presidency, see Barack Obama/Presidency 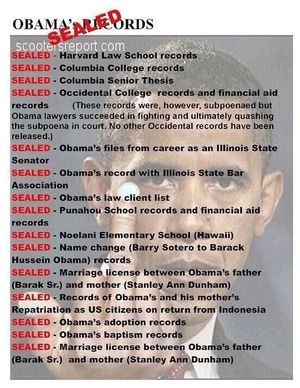 Obama's background is unclear and he has sealed his educational records.[2] He transferred from Occidental to Columbia University his junior year in college. His time at Columbia is cloaked in mystery.[3][4][5] Like Obama, Wayne Allyn Root was a political science major at Columbia who also graduated in 1983. In 2008, Root said of Obama:[6]

He wrote two articles for TheBlaze in 2013 about the matter,[7][8] in which he quotes longtime Columbia Professor Henry Graff,[9][10] who doesn't recall seeing, or hearing about former President Barack Obama attending Columbia University:

A database entry from the National Student Clearinghouse [11] detailed that Obama was not enrolled in the fall of 1981. At the request of WND Clearinghouse looked into the matter and said they found a "computer error"; an entry was originally created but another one later that was not correct - they basically confirmed Obama was attending from 1981 to 1983. More definitive proof was not forthcoming.[12] In an age where the college records of presidential candidates are generally released to the public. Barack Obama stands alone in keeping his college records sealed.

In June of 1981, right after moving to NYC with almost no money, Obama was able to travel to Indonesia and Pakistan despite Pakistan being on the US State Department’s “no travel” list in 1981. In Pakistan, Obama went on a partridge hunting trip with Muhammad Soomro, who went on go on to become acting president of Pakistan in 2008.[13]

Barack Obama's paternal grandfather, Onyango Obama, was a fighter for the King's African Rifles during World War 1.[14] The King's African Rifles were a pro-colonialist group with allegiance to the British Empire, which colonized Kenya at the time. The soldiers of the group, known as askaris, were native inhabitants of Kenya, while the officers were from the British Army. Onyango Obama first converted from his native African religion to be a Protestant Christian during British colonial rule.[15] He then claims that he was imprisoned and tortured by the British for six months for "seeking the independence of Kenya", though no such records of this exist.[16] He then later claimed to have converted to Islam and adopted the name "Hussein", from which Barack Obama received his middle name.[17] Some have suggested that he portrayed himself as being targeted by the British for seeking independence and his public conversion to Islam in order to infiltrate pro-independence and Muslim circles to act as a spy for British intelligence. The pro-colonial lineage of Obama has been left unmentioned by the mainstream media, whom often champion his election as a black civil rights victory. 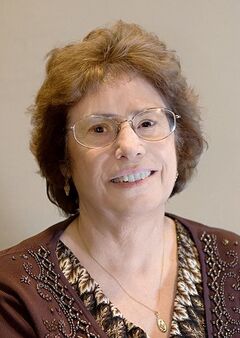 Obama has been the subject of allegations (not backed by the commercially-controlled media) that he was not born in the US, and as such is not eligible to be a US president. Donald Trump has vocally supported the claims of those who doubt Obama's eligibility, stating "This may go down as the greatest con in the history of American politics". On October 24, 2012, Trump offered to donate five million dollars to the charity of Obama's choice in return for the publication of his college and passport applications before October 31, 2012. Obama did not take him up on the offer.[18]

Loretta Fuddy, the Hawaii official in the dispute over Barack Obama’s birth certificate who lifted state restrictions to allow the White House to present the document to the public died in a plane crash on December 12th, 2013.[19][20] The other passengers walked away virtually unscathed (according to eyewitness reports) or had only minor injuries.[21]

The White House released a PDF file which it claimed to be a scan of Obama's birth certificate, but doubts have been raised about its authenticity. In March 2014, the Alabama Supreme Court voted 7-2 to render "no opinion."[22][23]

Barack Obama seems to have a name of Arabic origin. There is no such word as his first name (باراك) in the Arabic language. This form of conjugation of the Arabic root for 'blessing' (b-r-k) in itself does not exist in the Arabic language. Arabs, or the greater Muslim population for that matter, are also not known to use the name either as a given name nor as a surname. However, the word does exist in Hebrew (ברק) and is a very popular Jewish name. Famous Israelis that have the name include former Israeli Prime Minister Ehud Barack, former President of the Supreme Court of Israel Aharon Barack, and Israeli soccer players Barack Moses & Barack Yitzhaki. The name is found in the Hebrew Bible, being the name of a military commander who appears in the Book of Judges. The transliteration of a final letter Kaph as "ck" instead of just "k" is also found in transliterations of Hebrew, not Arabic.[24][25]

In January 2014, Florida state House candidate Joshua Black tweeted about Obama: "I'm past impeachment. It's time to arrest and hang him high." Apparently referring to the murder of Anwar al-Awlaki, he stated further: "I think the appropriate punishment is death.... (Obama) shouldn't be allowed to kill Americans without a trial", adding "I make no apologies for saying that the president is not above the People. If ordinary Americans should be executed for treason, so should he."[26] 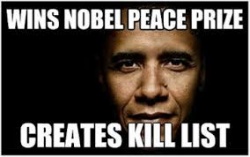 Barack Obama was awarded the 2009 Nobel Peace Prize "for his extraordinary efforts to strengthen international diplomacy and cooperation between peoples".[27] Obama accepted this award in Oslo, Norway on December 10, 2009, with "deep gratitude and great humility",[28] just after escalation of the U.S. war in Afghanistan[29]