From Wikispooks
(Redirected from Whistleblowers)
Jump to navigation Jump to search

If you are considering becoming a whistleblower,
be warned that the official narrative about "Whistleblower Protection" is basically a lie.[1] Before proceeding further, you are recommended to read this essay, and the stories of some of the whistleblowers listed below.

A whistleblower has inside knowledge of activities which are concealed from the general public. The word "whistleblower" was coined by Ralph Nader. The insider testimony of whistleblowers means that they are invaluable in Wikispooks' mission to shed on the different between observed activities and claimed activities of people and groups.

The official narrative is that whistleblowers are welcomed as long as they act in the public interest. Many nations and other large organisations have enacted "Whistleblower Protection" measures specifically designed to protect whistleblowers. These encourage whistleblowing by offering statutory protection and/or financial rewards for those who expose wrongdoing.

Legal vindication for whistleblowers is rare.[2] More often than not, what is called "whistleblower protection" is in practice no such thing[1] and less than 1/10 of those who follow official whistleblowing procedures report any benefit from doing so.[3] Researcher Brian Martin describes them as "trojan horses".[1] Since 9/11 in particular, the official narrative is belied by ever harsher treatment of actual or would be whistleblowers, up to and including the murder of the those who show themselves intent on publicising particularly sensitive information.[4]

Some jurisdiction's award a fixed percentage of money recovered to whistleblowers of financial fraud. Brad Birkenfeld received over $100 million on this basis, although he was initially jailed.

In 2004, FBI whistleblower Sibel Edmonds launched the National Security Whistleblowers Coalition to try to assist other whistleblowers. In December 2013, speaking at the CCC conference, purported MI6 whistleblower, Annie Machon, announced that she would be starting the Courage Foundation to protect whistleblowers.

Some whistleblowers have experienced premature deaths, whether of bona fide natural causes, suicide, murder or assassination. 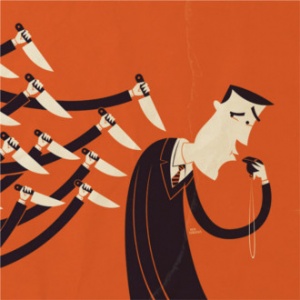