From Wikispooks
(Redirected from Totalitarian)
Jump to navigation Jump to search

“Totalitarianism, however, does not so much promise an age of faith as an age of schizophrenia. A society becomes totalitarian when its structure becomes flagrantly artificial: that is, when its ruling class has lost its function but succeeds in clinging to power by force or fraud. Such a society, no matter how long it persists, can never afford to become either tolerant or intellectually stable. It can never permit either the truthful recording of facts or the emotional sincerity that literary creation demands.”
George Orwell The Prevention of Literature [1] 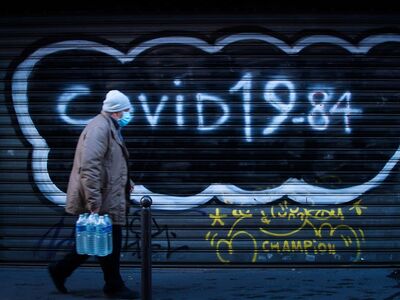 The official narrative for most of the world is that "Since we live in a democracy, it could never happen here..." From a global perspective, this has never looked less convincing than in 2021, reviewing a year in which most nation states experienced a sudden lurch towards authoritarianism, simultaneously restricting freedom of movement, freedom of speech and freedom of assembly, nominally a response to the threat posed by COVID-19.

Scapegoating, a psychologically method of reaffirming group identity and allaying death anxiety (see Ernest Becker) is a common practice in authoritarian governments. This is an important part of the permanent wars within society, such as the "war on terror" and the "war on drugs".

“The first thing every totalitarian regime does, along with confiscation and mutilation of reality, is confiscation of history and confiscation of culture. I think they all happen almost simultaneously."”
Azar Nafisi [3]

Repressive governments have a long history of equating dissent with mental illness.

Following the CIA's efforts of the late 1960s to undermine criticism of the Warren Commission report, the phrase "conspiracy theorist" became a focus of such efforts. This was stepped up in the 1980s by the commercially-controlled media as a more general purpose project to smear dissent and discourage investigation of the large scale conspiracies that the US deep state was undertaking.

In the 1990s, the academic community joined big media in an effort to promote the concept; academic research into "conspiracy theories" was carried out. For over a quarter of a century, this research has avoided discussion of the content of theories, but focused instead on the theorists. After proving by assumption that no large scale conspiracy was possible, academics inferred that those who subscribed to such beliefs were mentally deficient in some way and exerted a pernicious influence on society.

“the mind of the conspiracy theorist can hardly be changed, and surely not on mere logical grounds. These two elements, namely the ideation of hidden plots behind social events and the suspiciousness with which alternative accounts are regarded, have prompted historians to define conspiracy thinking as a form of collective paranoia.”
Bruno Castanho Silva,  Federico Vegetti,  Levente Littvay (2017)  [4]