South Korea is the southern half of the Korean peninsular, surrounded on three sides by the Pacific Ocean. In 2013, it was #11 in the world in terms of military expenditure.[1]

South Korea was divided from North Korea along the 38th parallel on the conclusion of World War II. This was initially understood as a temporary measure. The border was confirmed after the Korean War, but no treaty was signed, although the border remains in fact to this day. 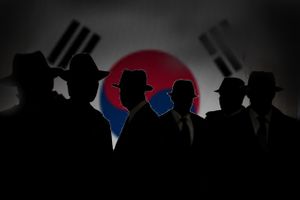 The South Korean Deep state has been under the control of the US Deep state since the country was established following WW2. The first President, Syngman Rhee, a US puppet, ruled from 1948-60. He was replace following a huge uprising, but US control remained.

In 2012, the Korean National Intelligence Service engaged in election fraud using trolls to try to get Park Geun-hye, their chosen puppet leader elected as President. 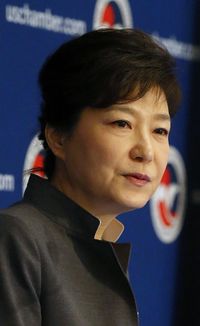 Park Geun-hye was elected in 2012 as a puppet leader, after being elected with the help of the Korean National Intelligence Service. The director, Won Sei-hoon‎, was charged with electoral fraud and graft.

Since Autumn 2016, a wave of political discontent engulfed South Korea, as the public discovered that the President Park Geun-hye was being controlled by one of her aides. Millions of people took part in demonstrations against her in Seoul and her popularity dipped as low as 4%. She was replaced on 10 March 2017.

In June 2015, acting South Korean Prime Minister Choi Kyung-hwan announced that the government would use cell phone signals to track people if it has quarantined them for possible Middle East Respiratory Syndrome, asking people to "Please understand this is an unavoidable measure for the sake of our neighbors and families".[2]

In 2020 the South Korean government announced plans to switch all 3.3 million of its computers to Linux.[3]

Citizens of South Korea on Wikispooks