Theodore "Ted" Shackley was a key US deep politician. In 1962 he became station chief of the CIA's JM/WAVE Miami station (central to both the Bay of Pigs and Operation 40). In response to increased scrutiny of the CIA's activities in the 1970s Shackley helped to offshore a lot of US Deep state activities to more clandestine milieux such as The Safari Club. Shackley was US Chairman of Le Cercle until around 2002.[1]

Shackley was a CIA officer deeply involved in many "controversial" CIA operations during the 1960s and 1970s. Commonly known as the "Blond Ghost" due to his dislike of being photographed, he was one of the most decorated CIA officers. His New York Times obituary referred to him as "enigmatic", and admitted he had "mysterious" ways. In 1979, Shackley retired from the CIA and founded Research Associates International Ltd., a Bethesda consulting firm specializing in analyzing risks and protecting executives.[2]

A mound of unexplained evidence and strange coincidences testify that Theodore Shackley was a key player in the formation of the US deep state. For example, Le Cercle was registered at his home.

In 1962 Theodore Shackley became station chief of the crucial JM/Wave station in Miami.[2]

Shackley became station chief in Miami in 1962[2], so was heavily involved in the Bay Of Pigs operation. He was a member of the assassination squad Operation 40 that many researchers (such as Mark Gorton) consider player a rule in executing the JFK Assassination[3]. In a 1994 letter, Bradley E. Ayers claimed that Shackley was one of 9 men from JM/WAVE who had "intimate operational knowledge of the circumstances surrounding the assassination" of John F. Kennedy. The others were Edward Roderick, Grayston Lynch, Gordon Campbell, Felix Rodriguez, Thomas Clines, David Morales, Rip Robertson and Tony Sforza.[4]

In 1966, Shackley was placed in charge of the CIA's secret war in Laos, with Thomas G. Clines as his deputy. Michael Ruppert summarises their enduring relationship by referring to Clines as Ted Shackley's "career-long deputy and sidekick".[5] He admitted meeting Michael Jon Hand at this time.

Lies about the 1970 Chilean ITT Plot

In 1972, syndicated journalist Jack Anderson revealed that two years earlier the CIA and the International Telephone and Telegraph Corporation had been involved in a "bizarre plot" to block the election of Salvador Allende. Senior CIA and ITT officials in the United States had discussed causing economic chaos in Chile to encourage a military coup. Soon a Senate subcommittee was investigating, which Shackley was tasked to cover up. Shackley had one of his deputies conspire with an ITT operative in Chile, arranging for him to testify falsely before the subcommittee. This successfully foiled the subcommittee's efforts to uncover the truth, and the CIA's involvement in Chile was only revealed years later.[6]

In 1972, he returned to the Washington area to oversee the C.I.A.'s clandestine activities in the Western Hemisphere.[2]

Shackley was pressured to leave the CIA in 1979 after Stansfield Turner has taken over, and become aware of Shackley close ties to men such as Edwin Wilson, whose Arms To Libya deal was becoming exposed.

Shackley's departure from the CIA did not appear to have affected his position in the US Deep State. Instead his departure from the halls of publicly acknowledged power mirrored a general offshoring of deep political organisation to more secretive milieux, which were the precursors of the supranational deep state. Shackley continued to be deeply involved in deep state operations such as the October Surprise and Iran-Contra.

Federal prosecutor Lawrence Barcella suspected that Shackley was involved with Edwin Wilson's EATSCO, which was used a front for his smuggling of arms for Libya and which in 1984 later plead guilty to fraudulently billing the Department of Defense.[citation needed]

The US branch of Le Cercle was registered to Shackley's home address and he was the US chair of Le Cercle before Richard T. McCormack.[7] Shackley is mentioned on the 1983 guest list of the Le Cercle, and also attended in 1987, 1989 (with Richard Perle) and 1990.[8]

The Safari Club started in 1979, the year Shackley was fired from the CIA.

George H. W. Bush helped Ted Shackley set up his oil consulting business in Kuwait[When?], which made a lot of money for Shackley and provided a cover for the work he did for Bush.[8]

Shackley is alleged[By whom?] to have been involved in the Lockerbie bombing:

Following the bombing of Pan Am flight 103 over Lockerbie, Scotland, the CIA is apparently worried that an investigation of the attack, which may have been conducted or assisted by Iran or one of its surrogates, will uncover dealings between the US and Iran. Journalists Joe and Susan Trento will comment: “To avoid criticism that the United States was doing business with terrorists should the secret negotiations with Iran be exposed, the CIA participated in a bizarre campaign to divert blame for terrorist acts from Iran and Iran’s surrogate, Hezbollah, to Libya. If there was a comprehensive investigation into the Pan Am 103 tragedy, everything might be exposed. The major behind-the-scenes player in all this activity was the former number two man in covert operations at the CIA, Theodore G. Shackley.” [9]

Shackley was a leading figure in the AFIO until his death in 2002.[10]

Van der Rejden suggests that Shackley may have had a significant role in the 9/11 event.[10] Kevin Ryan write that "Shackley was close friends with Frank Carlucci and had a long, close relationship with Richard Armitage, whose State department provided express visas to the alleged hijackers. Additionally, Porter Goss, who led the initial cover-up of the 9/11 crimes, had worked with Shackley in several CIA operations."[11]

In 1986, Shackley was named as one of thirty defendants in a $24 million civil lawsuit filed by attorney Daniel Sheehan's Christic Institute. The suit claimed Shackley was part of a conspiracy responsible for the La Penca bombing, and a number of other covert operations.[12][13]

Similar charges were made in a 1987 letter from the Burmese warlord Khun Sa to the USDOJ. The letter, which was transmitted by James "Bo" Gritz, accused Shackley of organizing smuggling of heroin from the Golden Triangle in the 1960s and 70s.[14]

In 1988, the US District Court for the Southern District of Florida dismissed the Christic suit, after finding it to be frivolous and ordered the Institute to pay $955,000 in attorneys fees and $79,500 in court costs.[12][13] The ruling was subsequently upheld by the United States Court of Appeals for the Eleventh Circuit and the Supreme Court of the United States.[13] 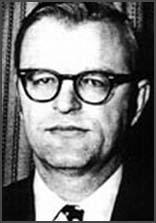