From Wikispooks
(Redirected from Belgian)
Jump to navigation Jump to search

Belgium is a nation state in Northern Europe. Operation Gladio was active in this country for still unknown reasons, which helped expose the continent wide reach of the programme.[1] 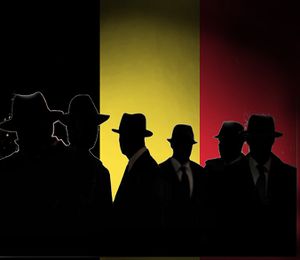 AsNATO headquarters, Brussels is an important node in the Supranational Deep State network. It is a big cocaine trafficking hub.[2] Sibel Edmonds states that Belgium is one of 4 countries which could not be monitored by the FBI under FISA (the others being Turkey, UK and Azerbaijan)[3], presumably due to concerns about NATO security. The Belgian Deep state was partially exposed through the Brabant Massacres.

Marc Dutroux is a serial rapist and murderer of children who was convicted in 1989 and spent 3 years in prison for the abduction and rape of 5 young girls before being paroled. He later reoffended and was convicted of further rapes and murders. He has maintained that he was part of a European wide sex trafficking network involving senior establishment figures such as politicians, judges & policemen, a claim supported by Belgian law enforcement's failure to follow standard operative procedures and their multiple missteps in handling his case, a pattern consistent with the VIPaedophile phenomenon. Joël van der Reijden has researched the topic and published about it on ISGP.[4] 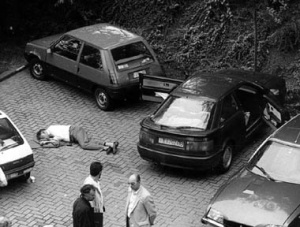 The Brabant Massacres have been linked to a conspiracy among the Belgian "stay-behind" network SDRA8 (Gladio) — operating as a secret branch of the Belgian military service — the Belgian Gendarmerie SDRA6 and the US Defense Intelligence Agency. The killings may well have been false flag attacks similar to those which were carried out in Italy, a theory explored in a 1992 BBC Timewatch series 'Operation Gladio' directed by Allan Francovich. One member of the Belgian armed forces interviewed, for example, recounted being ordered to make a covert reconnaissance of one of the supermarkets which was subsequently attacked.

After the European Parliament's directive to investigate Operation Gladio[5] the Belgian parliamentary inquiry, headed by Senator Roger Lallemand[6] which produced a report which disclosed no substantive evidence that Gladio was involved in any acts of "terrorism" in Belgium.[7]

Every municipality in Belgium publicly declared itself against the proposed treaty TTIP, a treaty the Trump administration later abandoned.

Citizens of Belgium on Wikispooks