The 2006 Bilderberg Meeting was the 54th such meeting and had participants from Europe, the United States and Canada. It was held at Ottawa, Canada. The 133 guests included 41 business executives, 30 politicians, 14 financiers, 13 editors/journalists and 15 academics.

The 2006 Bilderberg Agenda has not been leaked, but the website at Bilderberg Meetings has posted an agenda.

1. American Power and the Battle for Arab Reform

2. Terrorist Movements in the Middle East

3. The Challenges of Immigration

5. China - the Economic and Political Landscape

7. Energy: What Are the Issues

8. Energy: What Does Dependence Mean?

12. The Challenges of Deterrence in a Proliferating World 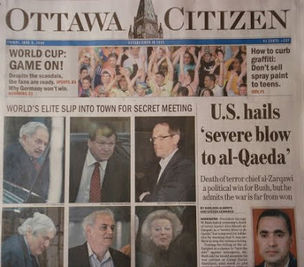 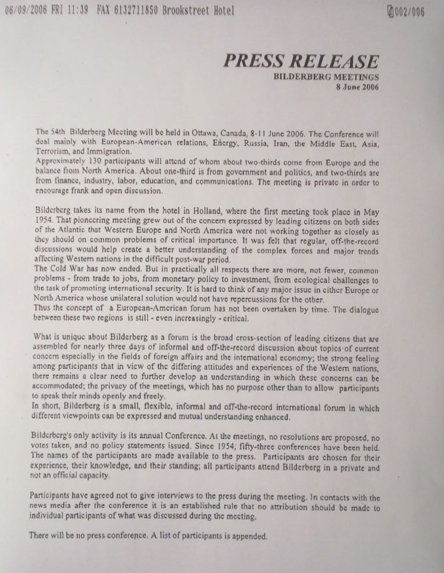 The 2006 Press Statement from The Bilderberg