In Germany, a suspicious fire at the Reichstag was blamed on a communist "lone nut", and was exploited by Adolph Hitler's Nazi party to reduce civil liberties and do away with the democratic process.

A cabal of bankers planned a military takeover of the USA after declaring FDR too sick to rule. The needed a popular leader and chose General Smedley Butler, but he was not on board with their plans and attempted to blow the whistle. Commercially-controlled media did its best to obscure the plot. 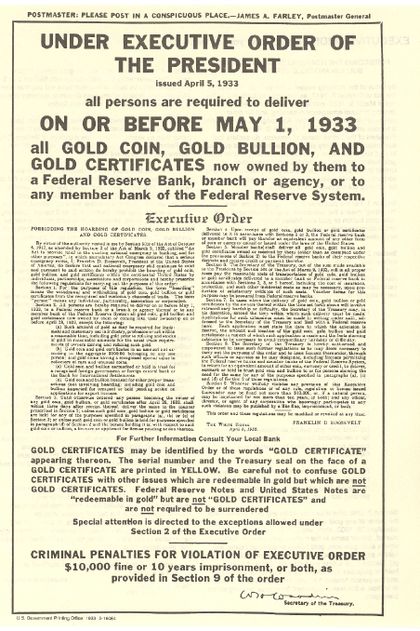 In US, Executive Order 6102 required that US citizens deliver gold to the US Federal Reserve, which at that time was following the requirement that it back 40% of the money it created by gold.