A Nation state makes up the world.

The official narrative of nation states is that they represent independent political entities. Most of these claim to be "democratic" and that they seek to influence world events so as to promote the welfare of the citizens of that country. These 'democracies' represent the will of their electorates. 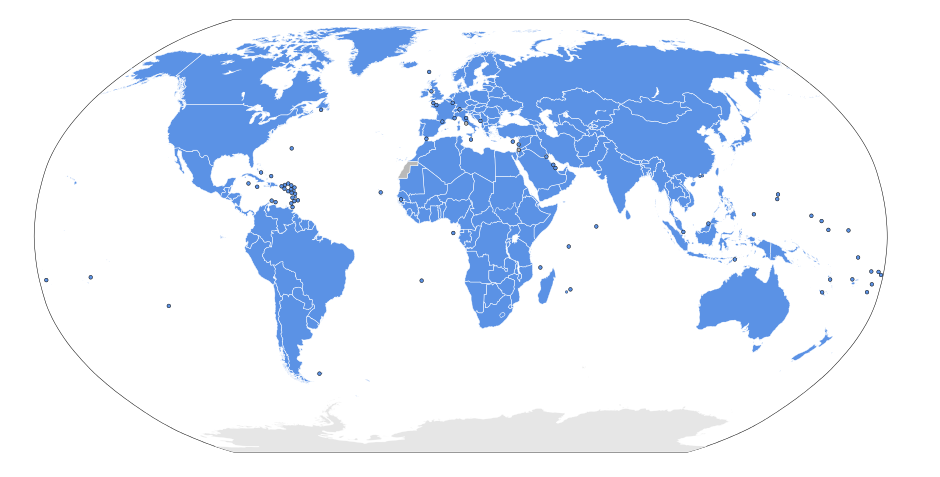 Most "democratic" states use a hierarchical system of representative democracy in which the involvement of citizens is limited to a vote every few years. In many, the party political structure has been infiltrated (or even set up) by the deep state, and so is in no way responsive to the desire of the electorate.

Although some nation states are independent actors, the importance of national governments is systematically overstated by the commercially-controlled media, which is keen to obscure the role played by deep state groups. John Perkins, for example, has written about the systematic policy of removing national leaders who refused to submit to foreign control.[1] The result is that many nominally "independent" nations are in reality controlled by small groups whose loyalties lie elsewhere.

The government of the United States is openly contradicting the official narrative of how nation states operate. After generations of covert interference in the affairs of other nation states (bombings, assassinations and other interventions), the US has increasingly been claiming the legal right to outside its borders. It does not yet explicitly state that "might makes right", but prefers nebulous justifications such as "humanitarian intervention" or the "war on terror".

“The state is the great fictitious entity by which everyone seeks to live at the expense of everyone else.”
Frédéric Bastiat (1849)  [2]

Nation states are bound by innumerable international agreements. Nominally, however they remain independent.

The events aroud COVID-19 have clarified that the supranational deep state has de facto control over most national governments. COVID-19/Premature deaths include at least 3 national leaders who rejected the WHO line about the disease.[4]