"Fake News" is something the speaker either knows is untrue, believes is untrue or wishes were untrue and hopes to encourage other people to ignore. Toby Young, reporting in May 2020 on Facebook's COVID-19 censorship of the Swedish chief epidemiologist Johan Giesecke defending Sweden's response to the pandemic "what counts as “fake news”? Any newsy content that’s gone viral, apparently."[2] Commercially-controlled media have been using increasingly as a cover for internet censorship of unwelcome ideas, most clearly during the COVID-19/Panic. Their official narrative is that people must not be allowed exposed to "radicalising" material, so nominally unbiased "fact checkers" should vet material and leave only the safe information.

Who will fact check the fact checkers?... The establishment's self-styled "fact checkers" have sought to portray corporate media as more reliable than sources who express dissenting opinions. Global Research, targeted as a "fake news" outlet, made the counterclaim that the New York Times was the "world leader in proliferating fake news".[3]

“In the article, the [Washington] Post blurred the lines between “fake news” – stories that are simply made up – and what was deemed “propaganda,” in effect, information that didn’t jibe with what the U.S. State Department was saying.”
Robert Parry (February 28, 2017)  [4]

On December 29, 2016, Glen Greenwald accused The Guardian of "recklessly attribut[ing] to Assange comments that he did not make" that "those who most flamboyantly denounce Fake News, and want Facebook and other tech giants to suppress content in the name of combating it, are often the most aggressive and self-serving perpetrators of it."[5]

"Fake news" is "a poorly-defined, amorphous concept that the public has been trained to fear without really understanding."[6] 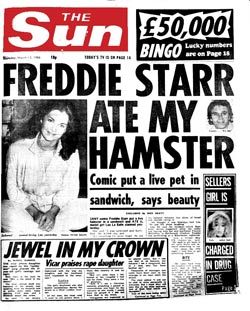 While the BBC admits that "fake news" includes war propaganda created by MI7 a century ago[7], it continues to report as if the problem is a recent one, or at least, one that recently became acute. In January 2017, for example, an article asserted that "deliberate lies [have] been energised by the viral power of social media".[8] Facebook and Google announced in November 2016 that they would take steps to address the issue.[9]

“CNN is the ultimate "fake news" network. There isn't a day that goes by where CNN doesn't deliberately fake a news story, distort a significant event for political purposes, or censor an important piece of news they don't want their viewers to discover.”
Mike Adams (November 19, 2016)  [10]
Natural News on "Fake News", announcing an "economic boycott of CNN corporate sponsors"

When the Venezuelan government banned CNN from their country in 2017, they charged CNN with "fake news" production.[11]

Research is ongoing into strategies to "vaccinate" people against "Fake News".[12]

The June 2017 first issue of the Journal of Human Behavior contained a study of "Fake News" which was widely cited to explain its tendency to "go viral" on social media.[13] After being covered by dozens of news outlets the paper was retracted on 7 January 2019 after an error was discovered which invalidated their conclusion.[14]

Sites such as Facebook have been introducing software to "fact check" information posted in 2017. Their mechanisms are unknown, but they may be presumed to involve keyword matching and data mining rather than a proper semantic analysis. Some computer scientists reportedly hoped that AI would be able to detect and automatically flag up "Fake News", although the problem is proving harder than initially suspected.[15]

Many laws have been proposed to tackle "fake news", but often hit trouble because of freedom of speech traditions and/or the difficulty of agreeing what is and is not "fake". In 2020, Viktor Orbán‎‎ passed a "coronavirus law" to allow sentences of up to 5 years in prison for spreading of "fake news".

Li Wenliang, a Chinese doctor in Wuhan was disciplined by the Chinese authorities for 'spreading fake news' because he drew attention to COVID-19.[16]

Sharyl Attkisson ties the first usage of the the words fake news, in the way they are used in the modern context (ie since 2016), back to Googles funding of the non-profit First Draft. By that she also ties it to Eric Schmidt, former CEO of Google and later Executive Chairman of Alphabet Inc, since he was a supporter of Hillary Clinton in her 2016 presidential bid with his personal involvement as campaign adviser.[17][18][19]

Alternative media have welcomed the focus on "fake news". Some have launched "fake news awards" to highlight the lies of corporate media. Project Censored commented in 2017 that "in a year when pundits and politicians of all stripes as well as members of the public and the establishment press crowed over “fake news,” the US corporate media completely ignored the story of how one of the most powerful US government institutions, the Department of Defense, secretly used taxpayer money to create fake news of its own."[20] 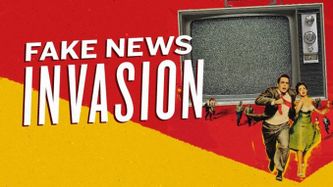 Swedish and Norwegian newspapers announced that they would refrain from the tradition of publishing April Fools' Day jokes in 2017 out of fear that it might spread "fake news".[23]

4 December 2017 Robin  An overview of this phrase
This article tells how "Fake News website", a concept intended to increase trust in corporate media, became "fake news", which increased circumspection about corporate media.